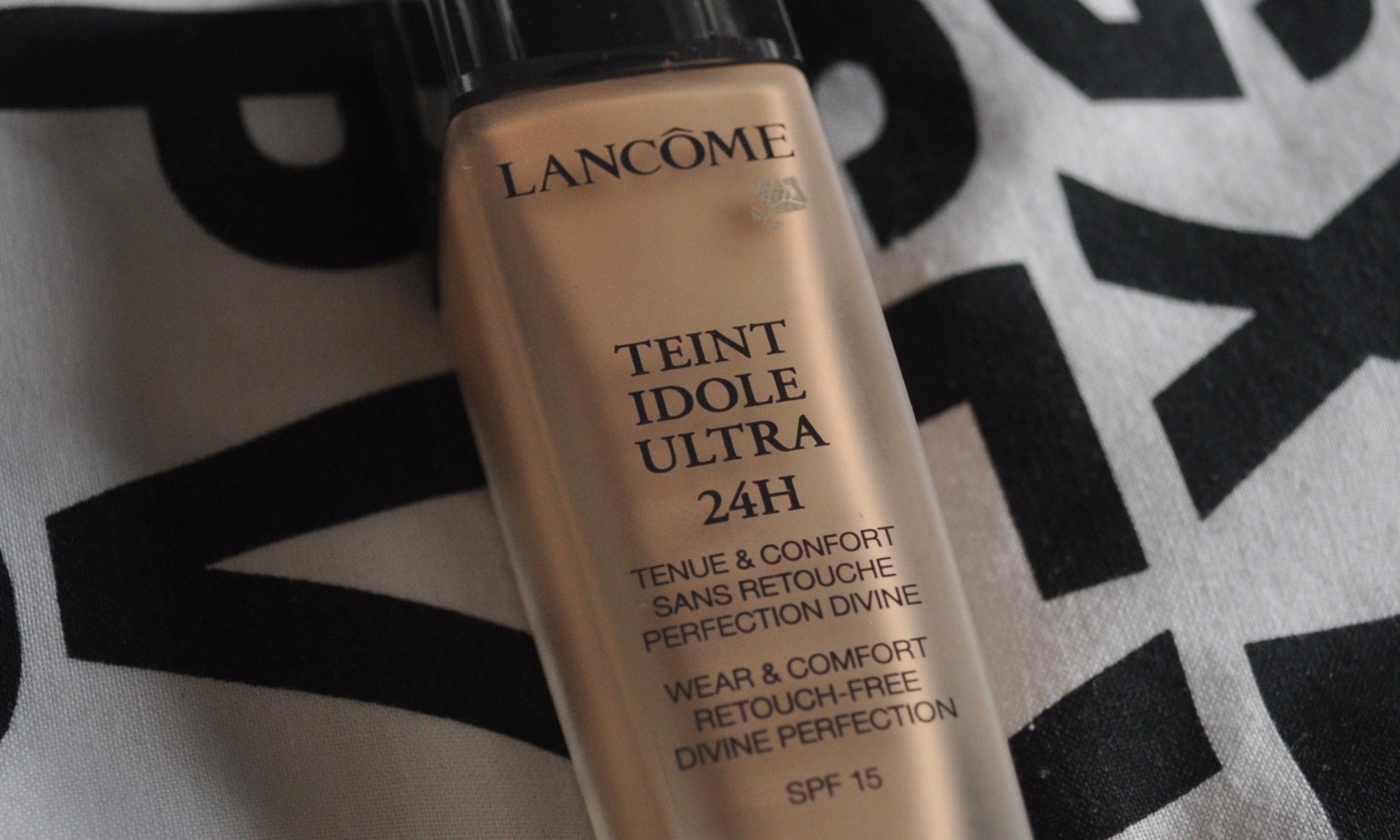 This would be my fourth series of “Foundation Re-discovery” from the bottom of my drawer.

It has been a while since I reunited with this product. As far as I remember, I did like it back then. So let’s give it ago again!!

Now, I was just looking at Lancome Australia website and by the looks of it that this version that Im about to try out again wasn’t  what in the website. I don’t know whether they re-formulated it and changed the name a little bit. Anyways, all I know that this foundation is long wear and oil free. Mine was older version I think but the claims of 24 hours of wear  are still the same.

As always I applied my moisturiser and primer. I used my Beauty Blender and found that it was easy to blend. It was not as full coverage as Estee Lauder in my opinion. If you don’t like strong florally smell then you wouldn’t like this because it has a strong scent which dissipated anyways but for those with sensitive nose or “osmophobic”may not like this. It felt velvety on my skin but i felt that i still needed to set my face with translucent powder. – It is a habit i think. Haha!
All make-up blended well with the foundation with any patchy.

I just noticed that after an hour that the foundation was sitting on the pores of my nose a little bit. It also slightly emphasised the lines on my forehead. There was no build up foundation around my nose. Overall i looked myself in the mirror. It looked really nice.

My last checked, the foundation around my nose were gone. I could see the redness on my nose. Slightly oily but that can be resolve using blotting sheets and touch up with a powder.

I only worn this foundation for 5 hours but this could stretch to 8 hours with blotting and touch up powder, I believe.

It is a good foundation but 24h wear? I don’t know, I never wear makeup for up to that hours so I cannot say that it is.

I still think that Estee Lauder Double Wear is a bit better, but that’s just my opinion based on my experienced on both. But I guess this would be another alternative if you don’t like EL Double Wear. Shades here in Australia sucks though..Lancome shades here are very limited. That would be one of the down side of this product. EL Double Wear has a lot more to offer in terms of shades.

Thank you for reading!!

Stay in the Know